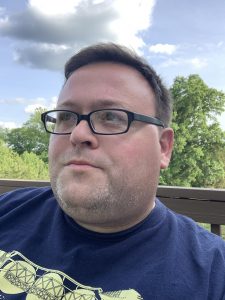 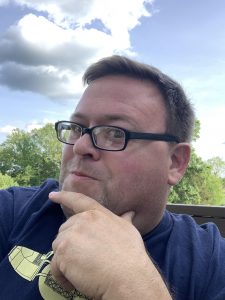 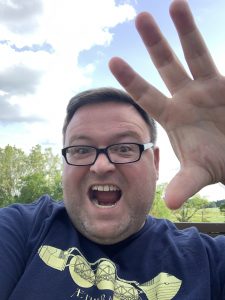 Nick Justus was born and raised in central Virginia. His earliest memories were of drawing disproportionate DC and Marvel superheroes on brown paper bags unfolded on the kitchen floor. He spent his formative years making creator owned comics and short action films with his friends. After high school he attended Virginia Commonwealth University for two years majoring in Illustration and Graphic Design. Then came the dark times; working in the real world for several years before submitting and successfully gaining admittance into the prestigious Kubert School of Cartoon & Graphic Art in Dover, New Jersey. He attended the three year program and graduated in 2011. Since then he’s self published, drawn sketch cards for various licensed Topps and Upper Deck properties, and had a successfully funded crowdfunding campaign for a creator owned project entitled Serpent Handler. When approached by Blue Juice Comics editor and publisher Tom Mumme in 2019 to take up penciling and inking duties on Anne Bonnie, he graciously and enthusiastically accepted! He hopes you enjoy his work and looks forward to helping deliver the adventures of Ariana and the crew for many issues to come. Nothing gives him more pleasure than the prospect of others, especially children, enjoying his work as he enjoyed the work of his comic heroes when he was a kid.