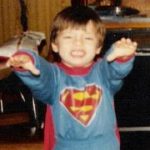 R.F.I. PORTO is a screenwriter based in Brooklyn, NY.

His first produced film, BLUE CAPRICE, examined the events that led to the Beltway Sniper shootings which paralyzed the Washington DC area in 2002. The film premiered at the 2013 Sundance Film Festival, and was released by IFC Films later that year. It was nominated for several Independent Spirit and Gotham Awards.

His next project, the Iraq War drama THE YELLOW BIRDS, based on the novel by Kevin Powers, premiered at the 2017 Sundance Film Festival.